The mountaineering does not mean “to read a few books and manuals or blogs and forums on internet”, but to use the learned theoretical and practical knowledge consistently and continuously in practice.

How to climb Mt Triglav

* By the TOMINŠEK ROUTE ( Tominškova pot )
This is one of the most interesting marked routes to Triglav, boldly laid out and well secured. More exposed than the Prag route but wide enough to walk along comfortably. A good head is needed to enjoy this ascent. And be careful if there is snow ( may persist till the end of July) in any of the gully-heads, an ice-ax will come in very handy. Start = behind Aljažev dom.
* By the PRAG ROUTE ( Čez Prag )
This path is easier than the Tominšek route and excellent for a quick descent. But it is frequently used for the ascent too, especially in the early summer when the gullies on the Tominšek route may still be full of snow and hard to negotiate. In this case, an ice-ax is advisable for the Prag route too. Start = follow the road up to the valley beyond Aljažev dom.
* By the PLEMENICE ROUTE ( Plemenice)
This is the third path leading up to Triglav from the Vrata Valley. It follows the west ridge of the North Face, starting on the saddle LUKNJA and ultimately reaching the summit via its southwest flank. The most rewarding, but also the most demanding of the three normal northern ascents. Marked and secured, rather long (Aljažev dom-Triglav 6-7 h, plus at least one more hour for the descent to Kredarica)and in some places exposed. So be careful my advice is for experienced mountaineers only or maybe with guides! Start = LUKNJA = from “Aljažev dom”  just 2 and half hour hiking to reach this place,…
* By the KOT VALLEY ( Čez Kot)
The route via the Kot Valley and Staničev dom(hut 2332 m above sea level)is the shortest, easiest and most direct northern approach to Triglav from Dovje-Mojstrana. We took it last July 30th and reached the Mt Triglav with the flag of VT – look my VT meeting page at Dovje:-) Few people take it, though, as you can see Triglav only after having reached Staničev dom,that is after 6 hours’ walk from Mojstrana(or 4 from Kot valley).
Especially those making their first ascent prefer maybe the magnificent Vrata Valley as their starting point. But the solitary Kot has its charms; dominated by the north face of Rjavina -2557 m and a few adjoining peaks and pinnacles it provides perfect alpine scenery.
Start = from Mojstrana in direction to Zgornja Radovna. Then the Kot road branches off right whereas the road ahead descends to the village of Radovna…..

* The access via the Krma Valley is the easiest of all, but also the longest. Gentle slopes have made it into excellent skiing grounds.No wonder hat on a fine day in late winter or early spring there may be more people there than on a fine day in summer, It was also -till 1995-the route taken by my friends (look at Zgornja Radovna page-the Psnak farm and apartments) porters whose horses and mules carry up provisions to the huts. Via Krma Valley you can reach any of the following huts: Stanieev dom,Triglavski dom=Kredarica,Planika and Vodnikov dom.
A path branches off left for Vodnikov dom, 1805 m-5 h from Mojstrana, via Bohinjska vratca,1979 m, the notch at the head of the left-hand defile between Tosc and Vernar.
Bohinjska vratca 1979 m
Vodnikov dom stands some 150 m below this notch(Bohinjska vratca) on the other side.
The left branch takes you via Konjsko sedlo-2020 m-to dom Planika-2408m=5h30 h from Kovinarska koča in Krma.
The right branch takes you to Staničev dom-2332 m- 6 – 7 h from Mojstrana(by Krma Valley). The path to Staničev dom continues uphill over the great barren upland called Pungrt, leaving Rjavina on the right. It follows a little valley steering towards Dovška vratca-2305 m-the lowest point in the ridge connecting Rž and Rjavina, but passes under the col left to gain and cross the ridge further west. It finally drops a few meters to the hut. This route is marked with high red poles for skiers – you can be sure to enjoy your skiing there

The southern slopes of Triglav are in sheer contrast to his northern precipices. The point of departure to Triglav is Bohinj. The name is applied to the whole of the basin of Lake Bohinj and the surrounding hill country.

* By the Voje Valley to Vodnikov dom and Planika dom
Most direct of the Bohinj Triglav routes. Recommended for a hurried descent from Triglav to Sv.Janez(the old church of St.John’s).A walk throughout, but very steep in parts.
The difference in height between Stara Fužina and the top of Triglav is no less than 2300 m – manage it in one day??:-)) hehe – probably not:-).You can stay the night at the mountain hut Vodnikov dom-1805 m-4-5 h, or at the hut Planika-2408 m-6-7 h from Stara Fužina.
*By Uskovnica to Vodnikov dom
It is accessible also by way of Uskovnica=about 1100 m to the north of Stara Fužina and Srednja vas. About 5 h to reach Vodnikov dom-is a little longer but pleasanter. It offers plenty of variety and many a delightful view. Uskovnica is also accessible by car via Pokljuka, with the starting point Bled or Stara Fužina.
*By Pokljuka to Vodnikov dom
Bled is taken as the starting point, and this is the shortest way to Triglav-you can reach Rudno Polje by car(Bled to Rudno Polje=18 km-1340m). From there you can reach the summit in six hours, but if you walk fast even less.
*Via the Valley of the Triglav Lakes – Dolina Triglavskih jezer
The most popular route of descent from Triglav and an attractive route of ascent, especially if one breaks it at the Lakes Hut-Koča pri triglavskih jezerih-1683 m(4-5h from Hotel Zlatorog).Starting point=You can reach Koža pri Savici-660 m by car. There you turn north to tackle the Komarča Crag. The Triglav Lakes Valley constitutes the center of the Triglav National Park. The Valley, furthermore, is noted for its abundant flora. From Hribarice the path descends over large screes to the saddle Dolič-2164 m, and the hut Tržaška koča-2152 m, situated just north of it=2.30h from Koča pri triglavskih jezerih. The saddle Dolič is the junction for several paths and two of them lead to Triglav – via Dom Planika and other straight to the top.

The western approach to Triglav takes the Trenta Valley and its settlement Na Logu as the point of departure. Less frequented and maybe more romantic:-)

*From Na Logu via Zadnjica
From the alpine hut Zlatorog, at Na Logu, you turn eastwards to enter the short side valley Zadnjica whose head at the very west foot of Triglav.5 h from Na Logu to Dolič, 8 h from Na Logu to Triglav.
*From Na Logu via Trebiščina
You follow the main road down the valley about 2 km, where a side valley opens to the left. The route takes this valley and sticks to its bottom up to the pasture Trebiščina-1401m-3h. Then you follow the saddle čez Dol-1632m and with another hour’s comfortable walk takes you to the hut Koča na Prehodavcih-2071m-4.30-5h from Na Logu

Hope you will make a great and safe visit to Mt.TRIGLAV

It is also good to know, that about 400 accidents happen on Triglav and Julian Alps every year, which require the intervention of the mountain rescue service, of which about 25 to 30 are unfortunately fatal

A special offer for any booking 3 to 6 nights valid from the 15th of April, is available 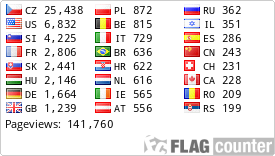 Partners that we are proud to work with

CoBooking
42shares
We use cookies to ensure that we give you the best experience on our website. If you continue to use this site we will assume that you are happy with it.OkRead more
Back to Top